I’ve faced several challenges writing this second article in the series about leadership and change. To fully explore this next area, I’m going to need to say some things that many “leaders” don’t like to hear. However, I think its right that I pose these challenges as recognition is the first step in a cultural movement away from these failings. I will try an put positive light where I can but you can be the judge on the balance I’ve given to each side of this equation.

I shall begin exploring “the leadership team”. In most organizations, this will be those at the top of the tree in the power and influence hierarchy. The ultimate team in charge – typically the “C-suite” or similar. This “top team” as I shall call them, are easily defined using the phrase “the buck stops here”. Now that last quoted phrase takes me nicely into my challenge with such leadership teams – Accountability. 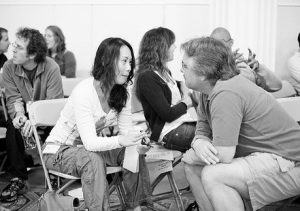 As stated in my previous article, the position of leadership and the attributes of leadership are not one and the same. Many want to have the title but don’t want to take the accountability or responsibility that it requires. Discovering that they are expected to act strategically, make important decisions and retain a level of organizational authority can be a surprise to many; frequently rejecting such requirements or at a minimum, taken with immense reluctance and not very effectively. Recent news about leadership style at Uber, may be good evidence of this inability to take on this professional leadership role successfully, but I don’t want to spend paragraphs on that disaster!

In my opinion, there are three types of leaders and they are all present in the top team.

What is the balance of each in your leadership team? If there are more combined blimps and puppies than true leaders, its won’t be the best performing leadership team – and you will most definitely know it! Sometimes the sheer determination of true leaders can overcome the drag of the others to push forward what is needed, but emotionally this is very draining on the energy levels of said true leaders. If not it’s a constantly disagreeing group that never does anything productive enough to take the organization forward and may drive out the true leaders to seek alternative roles with other organizations. 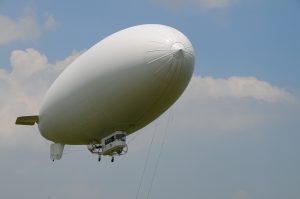 Blimps are difficult leaders to work with. They inflate themselves with self importance, feeding a need to feel vital to the organization, but see their role as more about who will do the job for them rather than doing anything themselves. They are figurehead leaders who probably have instinctive command and control approaches, and readily farm out all their real work to others, badly using delegation and empowerment as cover words for their dumping. In organizations where promotion and professional expertise is measured by appearance, sweet talking and externalized displays (peacocking) then these people quickly rise to the top. They are those that talk the talk but never walk it. There is very little that can be done to educate these people and prevention is the best cure. Preventing them requires the culture of the organization to change and that can be a whole scale change initiative in itself. 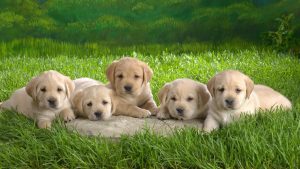 The puppies are those that somehow landed in a leadership position. They often refer to themselves as managers or senior managers because this is where their approaches lie. They landed in a leadership position because nobody else would take it, or they got rapidly promoted within the organization, potentially because of technical or managerial skills but never assessed on leadership competency. These people can be seen as victims of being in the wrong place at the wrong time. Sometimes they are victims of lazy managers and leaders who rather than work to develop their skills, want the quick fix of “if in doubt, promote them out”. In a leadership position, they are a fish out of water. They may have some management capability, but that’s as good as it gets.  Unfortunately, puppies are poorly supported, and although they may have the potential to become really great leaders, they are not given the development, mentoring or other support mechanisms and just expected to “hit the ground running”. Without true leadership development programs, these people are destined to fail.

Now beyond the “top team” we can see leaders throughout the organization fitting into these three groupings and demonstrating success or otherwise within each category. The team led by each of these types, become a microcosm of the leadership style. The blimp, does little work, delegates everything and reminds everyone how important their position is. They may even do this with the humblebrag approach “I don’t know if it was my leadership, but we really got the results on that sale….”; “its not for me to say we are amazing, but the results speak for themselves” – you get the idea. The puppies are just trying their best to perform and hoping that they can fake it till they make it.

We really need to have a better way of getting the right people into these positions and supporting those that are placed here. We hiring structures to reflect leadership competence as a demonstrated behaviour – not assess it by a list of titles previously held. To have truly great leadership in organizations, we need to have development and support mechanisms to enable those in leadership roles to truly release their potential while embracing the responsibilities that go with that role.

Capillary Consulting offers a range of leadership development opportunities that can be tailored to the needs of your organization. Let’s discuss how we can help your puppies, prevent your blimps and support your true leaders.