Verb, adjective and noun – which sends the greater shockwave through the mind of the change practitioner? Why is the change facilitator only called in to help the organization, when the “R” word noticed? What is the big deal here with the “R” word?

I will begin this post with a confession – I resist resistance. Oh great, what the heck does that mean! I hear you moan, but just persevere with my thought process here and indulge my journey in words…

Let’s go back to school! This is what we learn.

In other words, we overly generalize when we first learn about the resistance word, starting our understanding in a straightforward manner, but we gain a deeper understanding of the change space we connect with the deeper meanings around the fluidity of such statements. We realise its not as straightforward and understand it changes over time, circumstance and its not the same for everyone – a bit like change itself!

Ponder upon this for a moment – What if we replace resist in the above and use respond(s) to in its place? 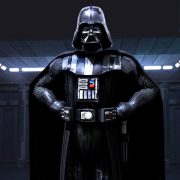 To me that progressive understanding doesn’t sound so worrisome and in truth, a little bit more accurate, realistic and manageable? I personally advocate for using the “respond” conjecture as the best way to reflect on how people behave when experiencing change. They may respond well, not so well or downright awful and all manner of behaviours in between. When we use the resist word, we get caught in focusing on the negative response and get ready to use our Jedi mind powers to deal with the resistance – and I for one don’t want to be Darth Vader!

I want to put a challenge out there to all the wonderful change navigators – don’t do resistance and resistance management plans for your change events. Not only are you highlighting the negative with more airspace in conversation, but you are also ignoring those people who are not negative. You also fall in to the trap of making a huge assumption that anyone who doesn’t feel negatively about the change today never will! Don’t make that failure! 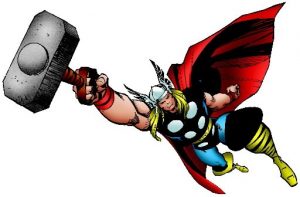 Consider if you have ever worked with someone who was nonplussed to a change, but when they were not included in conversation or any other engagement activities about the change, their viewpoint became negative? Yes, me too – part of my early learning journey to stay away from resistance management plans. These plans make you act like Thor swinging his hammer to destroy all who stood before him! Slightly better than Darth Vader I guess, but not really the best approach.

Thanks for persevering, but now I’ve told you what not to do, I guess you are looking for some guidance on what to do instead? My Answer: Build a Stakeholder Response Table/Chart/Map and identify both the good, the bad and the neutral views of the change and create plans on how to maintain those in the good place, and move those you need to move, either from the bad place to the good place, or just the neutral zone! Let me show you what this might look life for a simple software change:

I’m sure you can follow how this might go. If you are feeling colourful you can even use smiley and frowning emojis!

As a bonus, when you use this approach you can generate some clear metrics for improvement through the change journey. Score these positions from say, -5 through to +5 and with regular checkpoints to score current positions, you can easily demonstrate movement across that range for all the included stakeholders – hopefully in the direction you want!

Let me wrap my final words with these challenges, ideas and proposals:

This article is part of the 2019 #ChangeBlogChallenge on the topic of Change Resistance in Quarter 1. Click here to see what other change thinkers say about this topic.